This Papillary Thyroid Cancer is coming to a close soon and I CANNOT WAIT TO BE ON THE OTHER SIDE OF THIS QUAGMIRE!  What a journey.  And my journey has only been since April 9th.  So, roughly 6 weeks-ish of my life have been rocked inside out by this mysterious little guy called THE PAST. (The tumor(s))

There are several people whose lives have been affected by this for years, as they continue to kick cancer's ass.  Three words:  I SALUTE YOU.  This is not a journey to be taken lightly, no matter what "brand" of cancer you are facing.  Bless you and thank you for setting the bar for the rest of us to reach with the right attitudes of how to deal with the crazy.

As screwy as this sounds, this has been a magical journey--and it's not been without a tremendous amount of help and work.

There is magic all around us, all the time.  When I say magic, I don't mean a bunch of kids from Hogwarts flinging their wands all over the place.  I'm talkin' in a God/Spiritualistic kind of way.  That's where real magic lives.  In our beliefs of some form of higher power and realizing that the higher power lives so strongly in each of us, at our core.


Magically, I encountered an amazing Reiki Healer named Selma who goes to the Yoga Shelter.  She and a couple of her Healer peeps worked on me.  There's another woman I've known for a bit--I coach her daughters--and she suddenly started coming to me for coaching more often JUST as I found out about the cancer.  Turns out she's an Energy Healer and she and her daughter gifted me a huge session and brought me to the root of how cancer manifested itself in my thyroid.  Yep, back to that Blog Post I wrote about grief and loss, etc.  They helped me bring that to the forefront in a way that I'm able to continue to work on with my amazing Therapist.  Mix that in with an incredible Theta Healer who, through the use of muscle testing, brought core beliefs into play that I didn't realize I had until we found them.  Then I was able to start shifting those and challenge my old belief system by introducing new, stronger and better beliefs.

And then the biggie came.  My hubby's Mama said I should try to find a holistic oncologist.  I thought it was a good idea, but what are the chances of finding someone who's HOLISTIC in their oncology??

Apparently pretty high.  A friend of mine, with whom I hadn't spoken to in a couple years, friended me on Facebook two days after she gave me that suggestion. He saw my post about THE PAST shrinking and emailed me saying:  "...What's this about cancer?  Don't forget I'm an oncologist, and I've been practicing holistic oncology for a few years now..."

I spoke with Roy on the phone at great length and he was beyond patient and helpful with my 80 zillion questions.

I didn't realize that whilst I was doing all of the alternative healing methods, that I was REALLY hoping to cheat surgery and not get sliced and diced.

While he told me that I was doing all the right things holistically, and that I have been more pro-active with this brand of cancer than most people he's encountered, he did tell me I do have to get surgery.  Regardless.  And he's right.  This type of cancer has the highest cure rate.  THANK GOD.  And the best cure is to cut this puppy out and possibly swallow radioactive iodine as a follow up after surgery.  It was an amazing conversation that brought me a ton of insight. For the first time, I felt like I received some solid answers from a medical point of view--better answers than I'd received up until that moment. 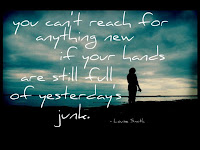 But ohhhhh, man.  Surgery.  This was the first time I was blue and down for an entire day since finding out I had cancer in the first place.  I had handled having CANCER better than I was handling having to get SURGERY.  After seeing my Dad have complications from having his gall bladder taken out years ago and then my Mom have complications from getting her appendix out last year and one of my best friends is literally allergic to anesthesia... Surgery scares the hell outta me.  Then I have other friends and family members who've been through several surgeries and they're totally fine.  So where's my intellect with this one?  Cowering under the freakin' bed, I reckon.  It's taken me over three weeks to really come to terms with getting sliced. I asked one of my best friends how she's handled the surgeries she's had and she said:  "I just assume I'm going to wake up, because everyone I've ever known does."  What a beautiful answer!  She's so right.

Fear is an emotion that can get in the way of so many things.  It keeps us from reaching our highest calling and potential.  It gets in the way of magic happening.  It's nonsense.  And it's an emotion I haven't felt in a REALLLLLLLLLLLY long time.

Why have I been so fearful of letting a professional surgeon and his team put me to sleep, slice my neck open and remove THE PAST and make me cancer free?

Ha.  Because in those fine couple of hours, I will have zero control of what the hell is going on.  Which is laughable, because if I had control over anything to begin with, I wouldn't have cancer in the first place!  HAHAHAHA!  Control is what we perceive we have, as we walk around all cool and "controlled."  Well what the hell do we really think is "controlling" us as we give way to our cool cat strut?  Fear.  Fear of being 'outta control.'   Fear of someone finding out maybe we're not as cool as we want them to think.  Fear of... *Insert label here.*

The sooner we make peace that the only thing we can control is our reactions to things going on around us and in our own lives, the sooner we can leave fear in our rear view mirrors.  The sooner all of our collective PASTS will be a brief whisper of yesterday, leading us to a blissful tomorrow.

This journey has also brought nothing but a tremendous amount of gratitude.  Sometimes the gratitude and love inside of me gets so gigantic, that it damn as near brings me to my knees.

A huge THANK YOU to my Family, Hubby, Friends and Peeps I've not yet met for all of the amazing support, suggestions, ideas, giggles, emails, voicemails, texts, for reading my rambling blog posts and for contributing to the cancer fund.  Every single one of you have touched my life in profound ways and I hope everything comes back to all of you a million times over.

To the Yoga Shelter, I give a shout of THANK YOU to all of you for the sanctuary and shelter you've provided for over three years to so many of us who've needed it.  And thank you for thinking of me at the Relay for Life for The American Cancer Society with the luminario.
I pray that we all find peace in our most dire of situations, that none of us feels abandoned when someone leaves this earth, that we relinquish our notion of control and release fear by embracing love and gratitude and that we all live our lives reaching for our highest potential by daring to dream.